Life and its Many Roads

So, I haven't posted anything in a couple years.  I thought I would dip my toe in the water and see how it feels.

I'd like to say nothing much has happened lately, but that wouldn't be true.  We lost out brother in late December.  His name was Bob, after our dad.  He was only 66.  He had been suffering from a neurological disorder, called Progressive Supra-nuclear Palsy for many years.  It slowly took away everything from him until he finally wasted away.  It was terrible thing to witness.  I'm hoping that image fades away at some point.  As a family, I think we are all still coming to terms with the loss.  I still wake up every morning with the realization that he is gone.  Still seems unreal.

Here we are as kids.  I like to remember him this way. 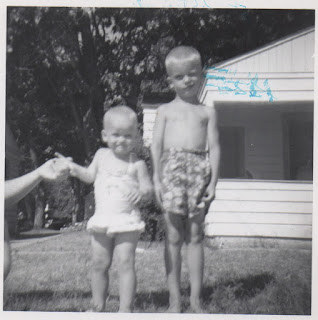 This is the four of us kids taken to celebrate my Mom's 80th Birthday.  That was 13 years ago. 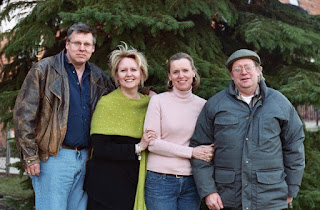 And this is likely that last photo I took of him before we knew about the disease.  He had early symptoms, but we weren't sure what they were. 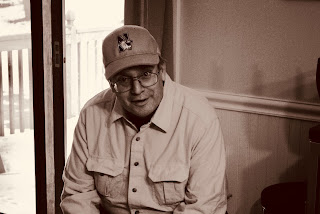 I want to keep focusing on these older memories of him as they are better than the more recent ones.
Posted by lindalou at 11:48 AM