A Purse By Any Other Name...Would Be A City 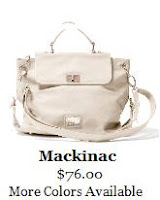 Krissy found this very cool website.  It's from a purse designer named Jenna Kator and she has line of purses that pay tribute to our great state of Michigan.

Every purse is named after a different city in Michigan.  They are so cute and you just got to love the names.

There are purses for most of my favorite Michigan cities, including the one I live in.  Take a peak when you get a chance.
Posted by lindalou at 9:35 PM 9 comments:

Email ThisBlogThis!Share to TwitterShare to FacebookShare to Pinterest
Labels: blogging

As part of local Patriot Week activities, I got to see the movie Iron Jawed Angels at a lovely little tea house in Royal Oak (Goldfish Tea...lovely if you like tea and live in the area, it's worth the visit).

Iron Jawed Angels is a 2004 HBO movie about Alice Paul and Lucy Burns starring Hillary Swank, Julia Ormand and Angelica Houston to name a few.  This is the story of the real life young women who took up the Suffragette movement after the Susan B. Anthony and Elizabeth Cady Stanton era.  Alice and Lucy both spent time in London supporting the Suffragette movement over there.  That movement was more vocal and more militant.  Coming back to the U.S., both women...best friends in real life, wanted to bring some of those tactics over here.

One of the most significant activities they created were the "Silent Sentinels".  Picketers who stood outside the White House holding banners demanding the enfranchisement of women with the right to vote.  Ultimately this picketing caused Paul, Burns and many others to be arrested for obstructing traffic.  In defiance, they refused to pay the fines and were sent to Occoquan Workhouse, a prison in Virginia.

What these women suffered while in prison was shocking.  Many of these scenes were hard to watch, but I think it's important for all of us to understand what these women sacrificed in order to get the 19th Amendment presented to Congress and then ratified.

It was quite a remarkable film that had a profound affect on me.   Best of all, it has made me think and step outside my world to try to imagine if I could have that kind of courage.  Is there anything that I believe in so completely that I would risk such treatment and harm.?  I honestly don't know the answer to that question, but I hope the answer is yes, when it comes to my children, my family and womankind in general.

I've always been very happy and proud to be born a woman and this movie has made me even prouder and honored to understand a little bit more about the women who proceeded me.  What a great gift they have given us all. 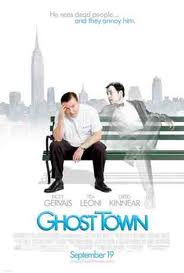 I know this one has been out for awhile.  In fact, it was released in 2008, but who doesn't like to find out about a good movie rental.  I know I do.

This was our latest Netflix rental and we really enjoyed it.  It's the story of Bertrum Pincus, played by the always funny Ricky Gervais.  He's a mean spirited, people hating dentist, who after a routine procedure at the hospital, can suddenly see the dead people walking around town.

The story is somewhat predictable.  You know at some point Pincus is going to have to face is humanity deficiencies, but along the way...it has some very funny and some surprisingly touching moments.

If you get a chance to see this On Demand or to rent it, you won't be sorry.
Posted by lindalou at 9:05 PM 3 comments:

This past week-end was the Arts & Apples Festival in my little town of Rochester.  To me....having lived here for for 20+ years, Arts & Apples is my official start to Autumn.  No equinox signals the start of fall for me.  Just Arts & Apples.

Therefore, with the help of Blogger's super easy Design tool, it's time for a new blog look.

I love this time of year.  I love the cool evenings, vivid colors and unique smell of autumn.

It signals the change of what I cook.  Time for soups, chili and meatloaf. (I love meatloaf...so shhhhh to all you who just said "Ewww, Meatloaf???")

I love pulling out my sweaters and socks.

I can also ease up on shaving my legs so often.  (Oh hush...you don't like to shave them anymore then I do.)

Here's hoping we have a nice, long autumn.

Email ThisBlogThis!Share to TwitterShare to FacebookShare to Pinterest
Labels: blogging 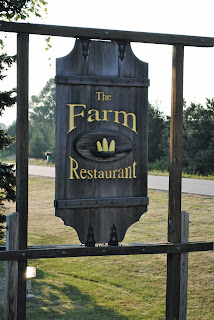 We did a lot of home cooking while up on vacation, but we were smart enough to go out one night for an absolutely terrific dinner.  Just outside of town, on Port Crescent Road, is The Farm.  It's a wonderful little restaurant, open from May-October...oddly enough, located on a farm.  And it is just wonderful.

Owner and chef, Pamela Gabriel-Roth is a graduate of Schoolcraft College Culinary Program and after eating here...I've got to give props to the program and to the chef.

All our meals were delicious.  I had a Cedar-Planked Barbecued Salmon, that was just wonderful.  Jay and Krissy had a Cajun Shrimp with Grits.  Jay talked about if for a good hour.

So if you ever find yourself up in the Michigan Thumb...make sure you eat at The Farm.  It's worth the trip. 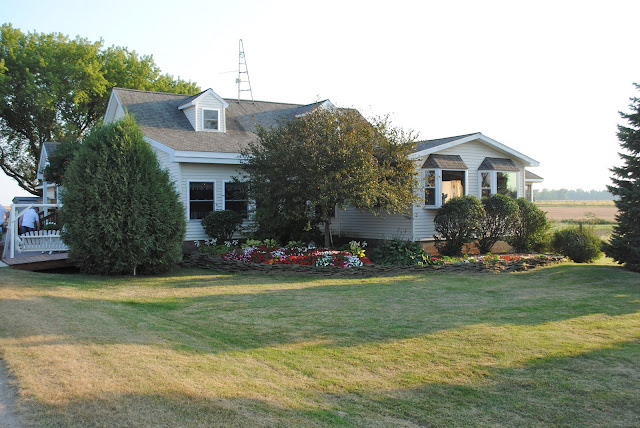 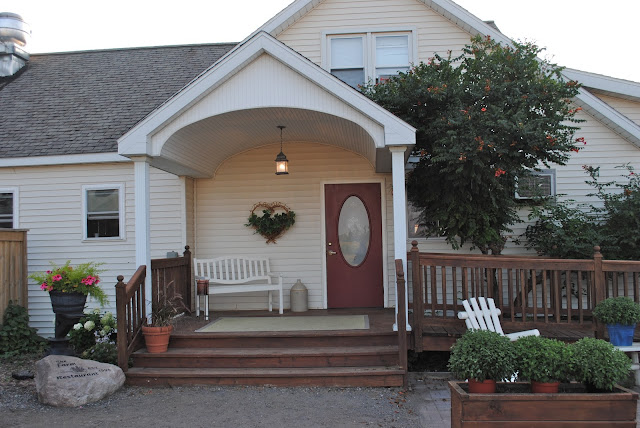 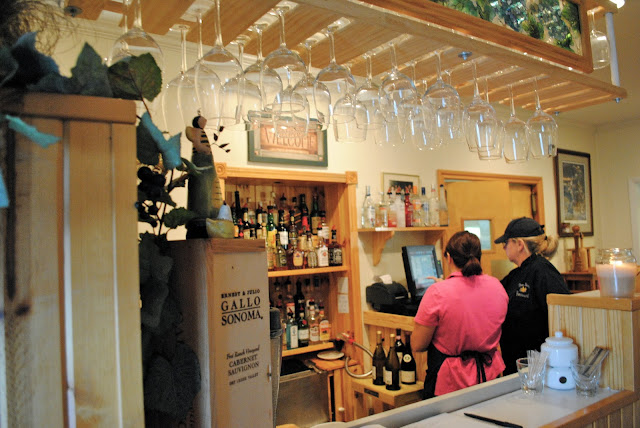 We are back from out vacation in Port Austin and I'm just about to leave to take Stinky back to MSU.  So this will be a quicky post.

We had a great time and the weather for most of the week was great.  Here are some photos of the best part of the trip: 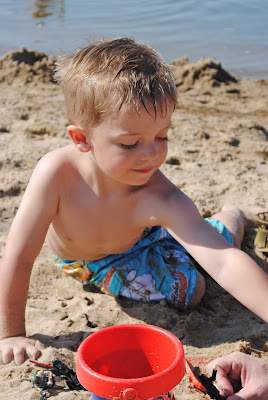 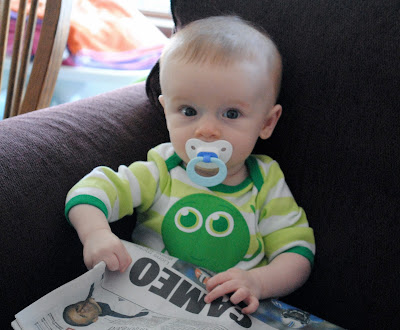 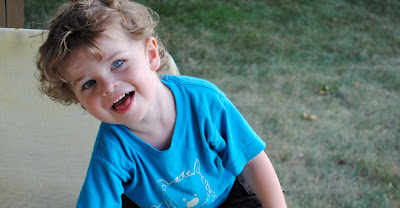 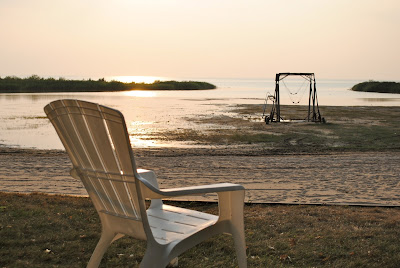 In my next post I'll tell you all about the great restaurant that we went to.  It was so yummy.
Posted by lindalou at 12:49 PM 4 comments: